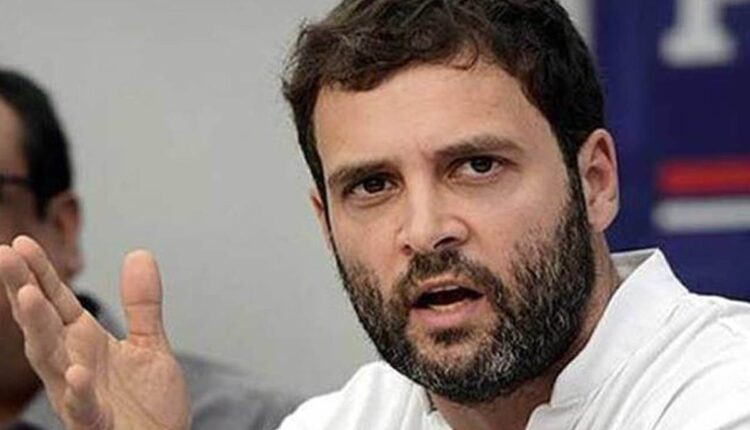 Hyderabad: Congress leader Rahul Gandhi today warned party leaders about the party’s case. Addressing a meeting of the Telangana Pradesh Congress Committee in Hyderabad, Rahul Gandhi said, “If any leader of the party has any problems or grievances over the party’s decision, he should file the complaint in the party’s internal forum.” “If you have any complaints, you can speak to the internal forum,” he said

But if someone comes to the media and complains about it, it tarnishes the image of the team and will not be tolerated. Significantly, the election results in five states have sparked tensions within the Congress. Under the leadership of the organization, two teams have been formed in the team.

One team is with Sonia Gandhi, Rahul Gandhi and Priyanka Gandhi, while the other party wants the Congress to be free from the Gandhi family and the leadership of the party now to be handed over to a non-Congress activist. “The Congress is a family and the family has a different opinion,” Rahul Gandhi said. We want to listen to everyone but not in the media, but in closed rooms like family conversation.