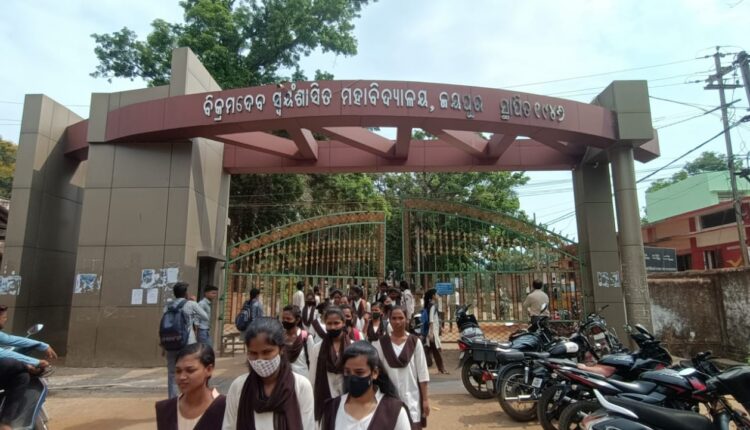 The autonomous status of Vikramdev College, one of the higher education institutions in undivided Koraput district, is coming to an end this month. The UGC team gave the recognition on May 14, 2016. In five years, the standard will be completed in a few days. However, the UGC team could not be reached for comment. However, in the last week of this month, the UGC team is scheduled to arrive on a 24- to 3-day visit, said Dr. Gopal Haldar, president of the college.

The team is expected to come and investigate and submit a report to the UGC (University Grant Commission) to allow it to increase its standard. “Once the UGC regains its status, the college will apply to the UGC for a nose accreditation team,” he said.

In 2013, the nose team came and recognized the college. It ended in 2014, five years later. For the past five years, the UGC has repeatedly appealed to the UGC to send a knockout team, but the team has not arrived. The team did not immediately return calls seeking comment. “As there is no fear of infection now, the UGC team will first apply for the knockout team and the knockout team is likely to arrive,” he said.

On the other hand, since the college is 75 years old, it is important to have both of these standards. The college has 5,000 students from undivided Koraput district. “Intellectuals believe that self-governing standards will be used for higher education and employment of students,” he said.